Sonic Highways is the new Foo Fighters album out Nov 10 2014.  After the success of the HBO television series launch Modlife were called upon once again to deliver the new foofighters.com site.  AR provided development chops for the site and configured up the servers on the AWS platform to handle the masses of fans flooding in from the Foo Fighters 11 million plus Facebook fans! It was all about the load balancers and the app arrays, but we pulled it off without a single glitch.

Check it out for yourself at foofighters.com!

our work on Adidas Combat Sports next 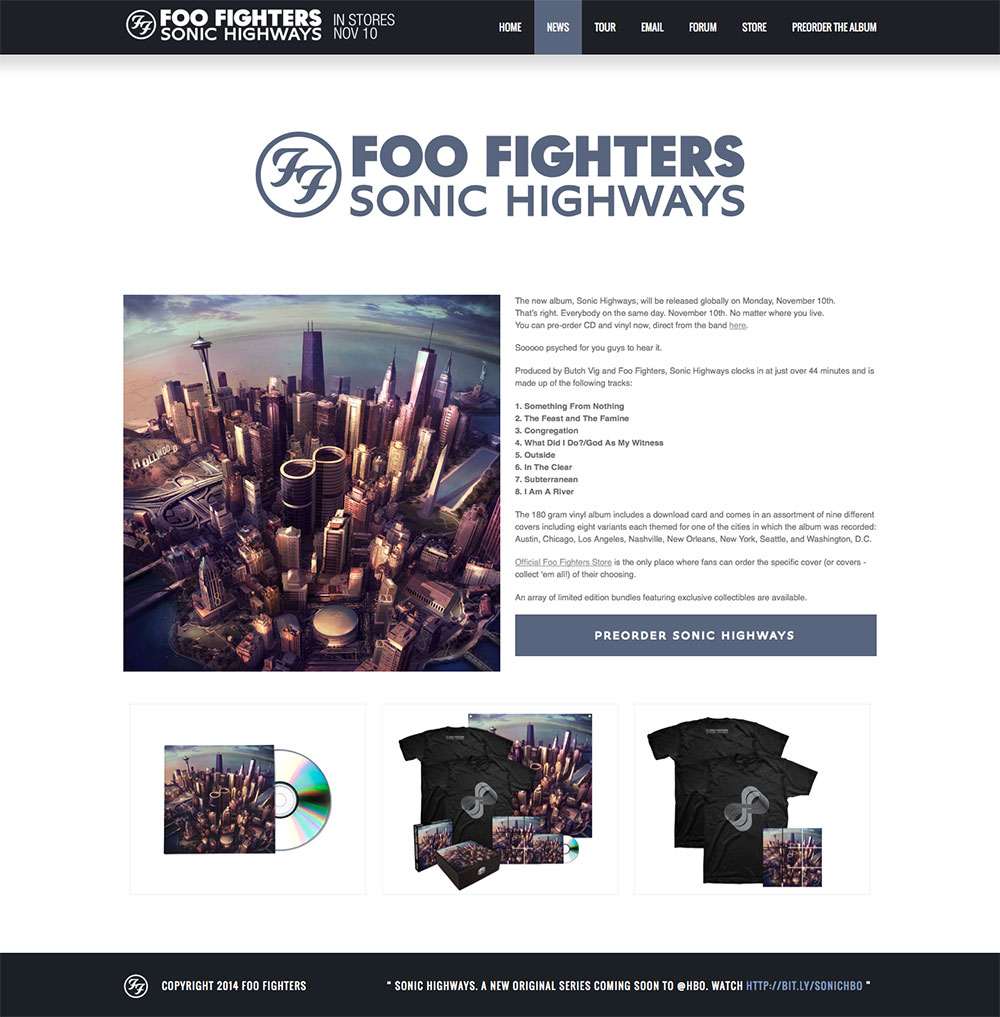 our work on Adidas Combat Sports next